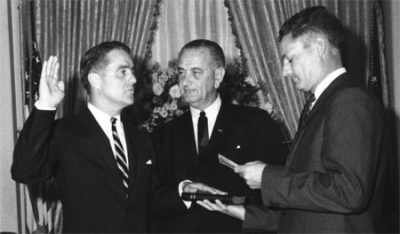 Community Action changes people’s lives, embodies the spirit of hope, improves communities, and makes America a better place to live. We care about the entire community, and we are dedicated to helping people help themselves and each other. For more information about the Community Action Partnership Network please visit  www.communityactionpartnership.com

WHAT IS A COMMUNITY ACTION AGENCY

In the United States and its territories, Community Action Agencies (CAA) are local private and public non-profit organizations that carry out the Community Action Program (CAP), which was founded by the 1964 Economic Opportunity Act to fight poverty by empowering the poor as part of the War on Poverty.

CAAs are intended to promote self-sufficiency, and they depend heavily on volunteer work, especially from the low-income community. The Community Services Block Grant (CSBG) is the agencies’ core federal funding. Agencies also operate a variety of grants that come from federal, state and local sources. These grants vary widely among agencies, although most CAAs operate Head Start programs, which focus on early child development. Other programs frequently administered by Community Action Agencies include Low-Income Home Energy Assistance (LIHEAP) utility grants and Weatherization Assistance Program(WAP) funded through the U.S. Department of Energy (DOE).

Each CAA is governed by a board of directors consisting of at least one-third low-income community members, one-third public officials, and up to one-third private sector leaders. This board structure is defined by federal statute and is known as a tripartite board.

There are currently over 1,000 CAAs, engaged in a broad range of activities.  Click here to find a CAA near you.

What is Community Action?

In 1964, The Great Society, as envisioned by President Lyndon Johnson, was a sweeping plan to improve the lives of all Americans, regardless of their circumstances. Inspired by President Kennedy and his New Frontier, Johnson pledged to fulfill his promise of equal opportunity for all by enacting several comprehensive changes within the federal government. In August of that same year, the Economic Opportunity Act was signed into law by President Johnson creating the nationwide Community Action Network.

The War on Poverty

In 1963, shortly before he was assassinated, President Kennedy had asked his economic advisors to draw up some proposals to address the problem of American poverty. Johnson took up this charge after he succeeded Kennedy as President. In Johnson’s first State of the Union address on June 8, 1964, he called for an unconditional war to defeat poverty. He expanded and revised the proposals given to Kennedy and developed the Economic Opportunity Act of 1964. The act included a variety of initiatives:

The Start of Community Action

Community Action was a bold idea, especially for the federal government. It handed over control to the local level, so that programs were geared specifically for target population needs. This concept, “maximum feasible participation”, represented a new paradigm in the government and many sectors were wary of its innovative ideas. President Johnson selected a member of President Kennedy’s inner circle to head up the newly formed “Office of Economic Opportunity” –Sargent Shriver.

Shriver was head of Peace Corps in the Kennedy administration and married to Kennedy’s sister, Eunice. He had proved himself to be a capable leader and President Johnson admired his abilities. President Johnson, legendary for his acumen in recruiting key personnel, offered the position to Shriver and would not take no for an answer. Shriver was installed as the first head of the OEO in October 11, 1964 and leapt into action.

Unfortunately for Shriver, he simply did not have adequate funding to begin the process of addressing national poverty issues. However, he assembled an impressive team of advisers, including Michael Harrington, author of The Other America and began to implement new policies and actions to resolve these issues.

Community Action was modeled after two fairly successful urban renewal projects, one undertaken by the Ford Foundation and the Mobilization for Youth, a program aimed at juvenile delinquency. Inspiration was also taken from the “Back of the Yards” program in Chicago, which was developed by Saul Alinsky, considered the father of “community development”. It should be noted that Alinsky became very critical of the OEO as it developed. The key component was that low-income citizens played an active role in program design and administration, or “maximum feasible participation”. The Economic Opportunity Act was amended (known as the Green Amendment) in 1967 to mandate the board structure of community action agencies, with complemented the earlier Quie Amendment which required the tripartite representation, including low-income participation.

In 1981, President Reagan introduced the Block Grant, which dramatically changed the way federal funding was distributed. Programs including Community Action, would now receive funding through the State Office of Community Action/Services and would be under more intense scrutiny then previous administrations. Illinois Community Action now worked more closely with the Illinois Department of Commerce and Economic Opportunity to implement the Community Service Block Grant (CSBG) and worked to build a strong partnership to provide robust services to Illinois’ low-income residents.

Over the past several years, federal funding to support the Community Service Block Grant has been challenged. President George W. Bush denounced Community Action programs as being static. However, Community Action remains an important safety net for many vulnerable individuals and families. Beginning in 2001, Community Action has improved their reporting through the Results Oriented Management and Accountability (ROMA) framework and continuously seeks ways to improve outreach and services. The National Community Action Partnership now encourages all Community Action Agencies to embrace the National Standards of Excellence as a pathway to improve and empower agency operations.

The guiding principle of maximum feasible participation continues today in Community Action. Local Community Action boards are tripartite, in other words, have representation from all segments of the local community including their low-income clients.

Community Action equips low-income citizens with the tools and potential for becoming self-sufficient. The structure of program is unique – federal dollars are used locally to offer specialized programming in communities. It is a coordinated effort to address the root effects of poverty and to, ultimately, move families and individuals to self-sufficiency.

This work is not easy and demand is always shifting and changing. Over the years, the federal government has changed as well. The funding is now part of the Block Grant System, which allows for the flexibility and specialization of unique programs. Poverty is viewed as a systemic problem and Community Action is a systems approach to resolving those issues. There are now over 1000 Community Action Agencies throughout the United States and Puerto Rico.

So, in other words:

The Community Action Method is:

Typically, the programs and services coordinated, enhanced and offered to the community by its CAA include all or some of the following: